"Here we are together on music's biggest night, celebrating the artists that do it best, but to be honest with you we're all feeling crazy sadness right now because earlier today," the 39-year-old singer said onstage at the Staples Center. "Los Angeles, America, and the whole wide world lost a hero. We're literally standing here heartbroken in the house that Kobe Bryant built."

She continued, "Right now Kobe and his daughter Gianna and all of those that have been tragically lost today are in our spirt, in our hearts, in our prayers, they're in this building and I would like everybody to take a moment and hold them inside of you and share our strength and our support with their families."

"We never imagine in a million years we would have to start the show like this so we wanted to do something that could describe a tiny bit how we all feel right now," Alicia concluded before transitioning into an emotional a cappella tribute to the Black Mamba featuringBoyz II Men.

The "Show Me Love" singer and 90s boy band brought the crowd to tears as they sang "It's So Hard To Say Goodbye To Yesterday."

The tribute concluded with the camera panning to a shot of Kobe's jersey's hanging in the Staples Center.

"We love you Kobe." @aliciakeys and Boyz II Men sing in tribute to Kobe Bryant and his family at the opening of the #Grammyshttps://trib.al/1ZshudY 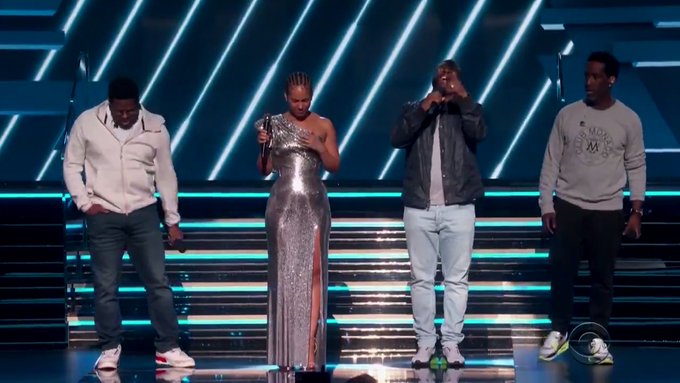 17.7K people are talking about this

"We are literally standing here heartbroken in the house that Kobe Bryant built." Host @aliciakeys pays tribute to Kobe Bryant, his daughter and their family during her opening monologue at the #Grammyshttps://trib.al/qk3SbaV 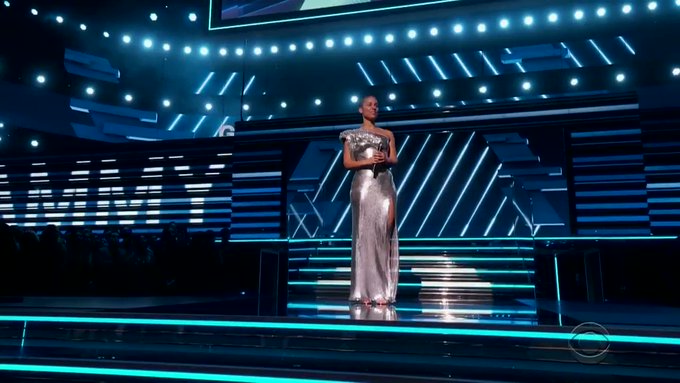 2,246 people are talking about this